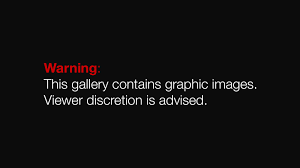 My legs race along the dirt path and I glance down, making an effort to avoid roots. I step, I step, and I… EW! Dead squirrel. That brings my count up to three.

Squirrels have been mysteriously dropping dead along the Bridal Path and adjacent sidewalk in Audubon Park. Most suspiciously, there are no clear signs of harm caused on the bodies. I am not willing to perform an autopsy, but I will share some theories with you…

A mysterious park-goer with a ski mask and hood pulled over their head wanders in the darkness of the night. Their hand slips into their pocket then back out and they sprinkle a powder then use their combat-booted foot to mix it in with the dirt. This silhouetted walker has just dropped squirrel poison.

Crouched behind a front-yard bush, a 10 year-old raises his sling-shot and grabs a rock. He sets the rock and perfects his aim. Stretching, stretching, BANG! The rock is launched and hits the squirrel spot on.

Wheels spinning, a biker jumps over the piled roots and checks his split. Training for a triathlon is hard work. Focusing on the next mile, the biker pumps their legs and soars along the path. They hit a bump, they think it was just a root, a dead squirrel is left in their wake.

Finished with practice, I walk along the sidewalk to exit the park. Something catches my eye, and I glance down to find dead squirrel number four.

On a happier note, yams have recently begun appearing in Audubon Park.